Unprincipled Prosecution: Abuse of Power and Profiteering in the New 'Litigation Swarm' 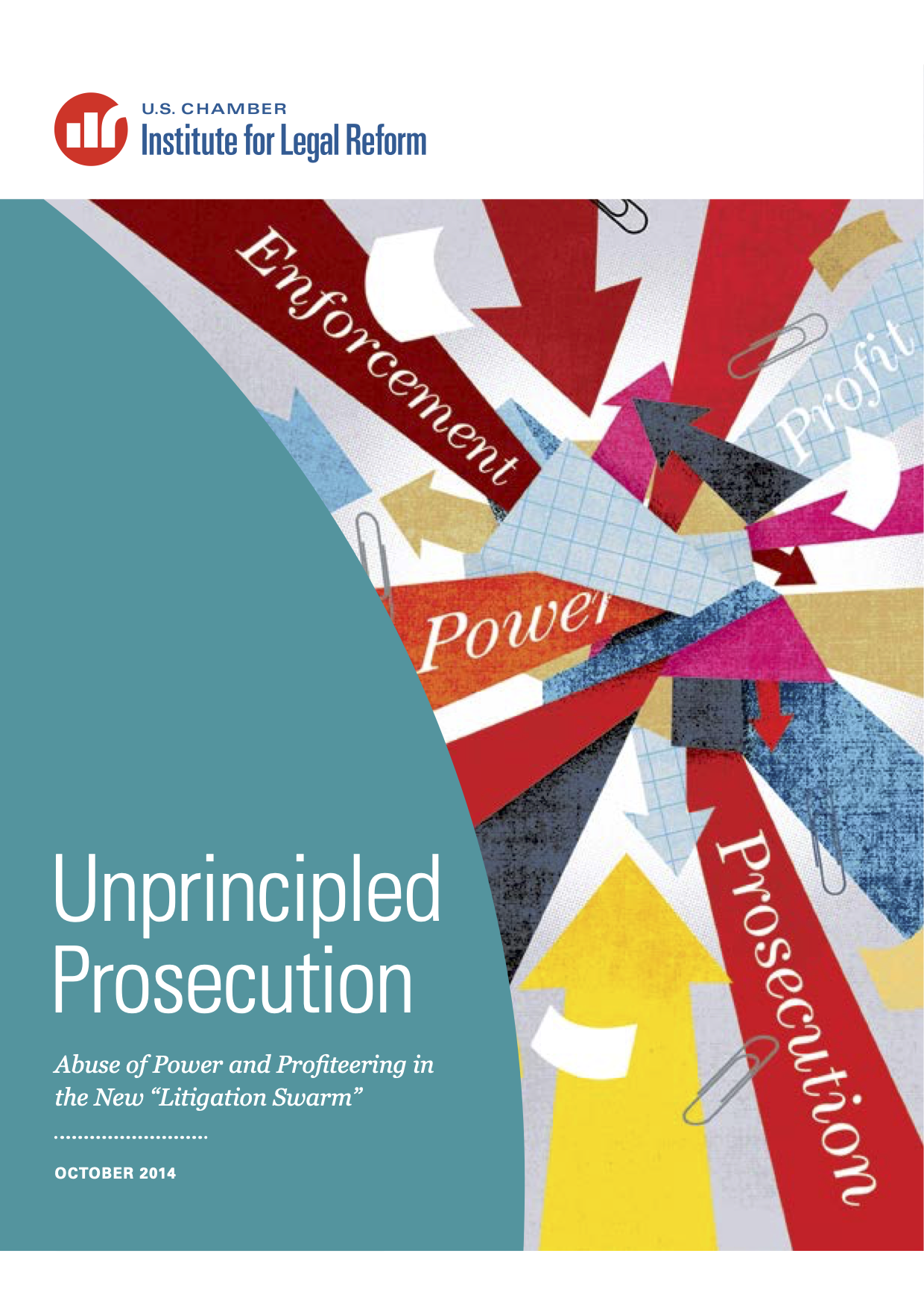 Fair government enforcement plays a critical role in promoting compliance with legal rules and regulations. Punishing real violations demonstrates that “crime does not pay” and helps to deter future transgressions.

However, government enforcement loses its legitimacy when:

Government enforcement instead becomes an unprincipled exercise of unconstrained power: unprincipled because government power that is supposed to serve the public interest is hijacked by private interests; unconstrained because a single official is a prosecutor, judge, and jury with the power to decide whether to initiate an investigation, whether to file litigation, and what the settlement terms will be. That one official may – and often does – decide to impose huge financial levies and expand regulatory obligations as the price for settlement, circumventing the checks and balances that are essential to our system of government.

Solving the problems of swarm litigation and abusive enforcement will not be easy. The report Unprincipled Prosecution, Abuse of Power and Profiteering in the New “Litigation Swarm,” however, explains how to begin to spur progress. Government officials and plaintiffs’ lawyers have considerable vested interests in the status quo and certainly will resist all efforts at reform. But change is needed to restore the fairness and checks and balances that are fundamental to our legal system. 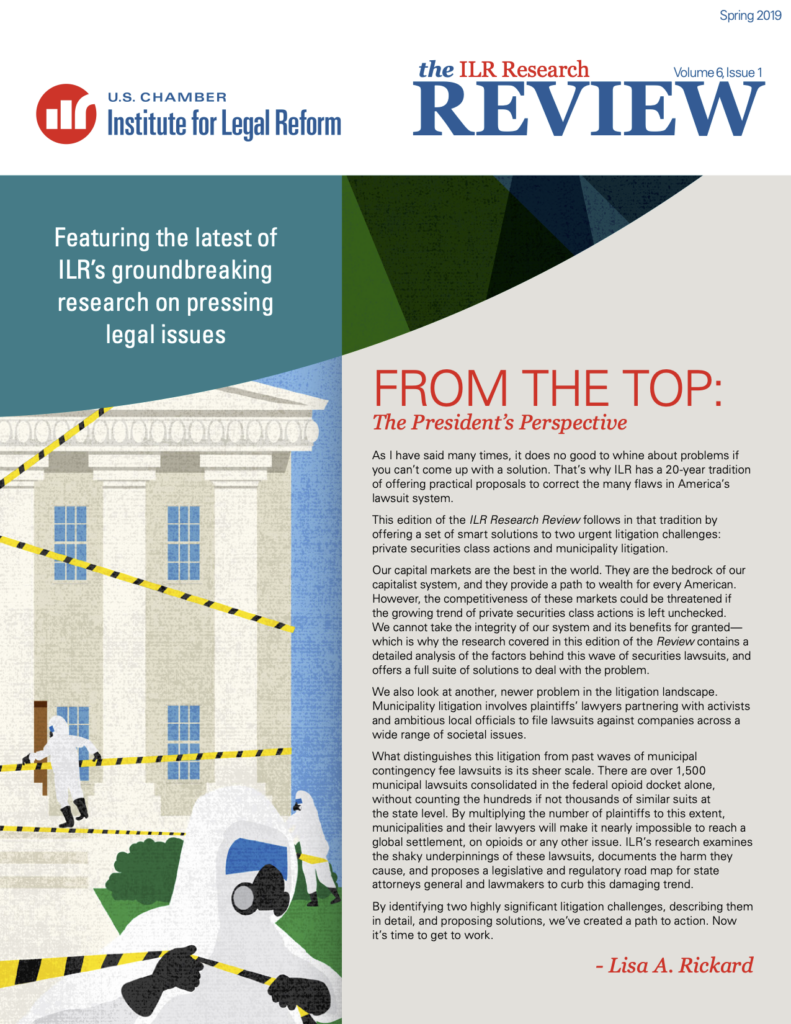 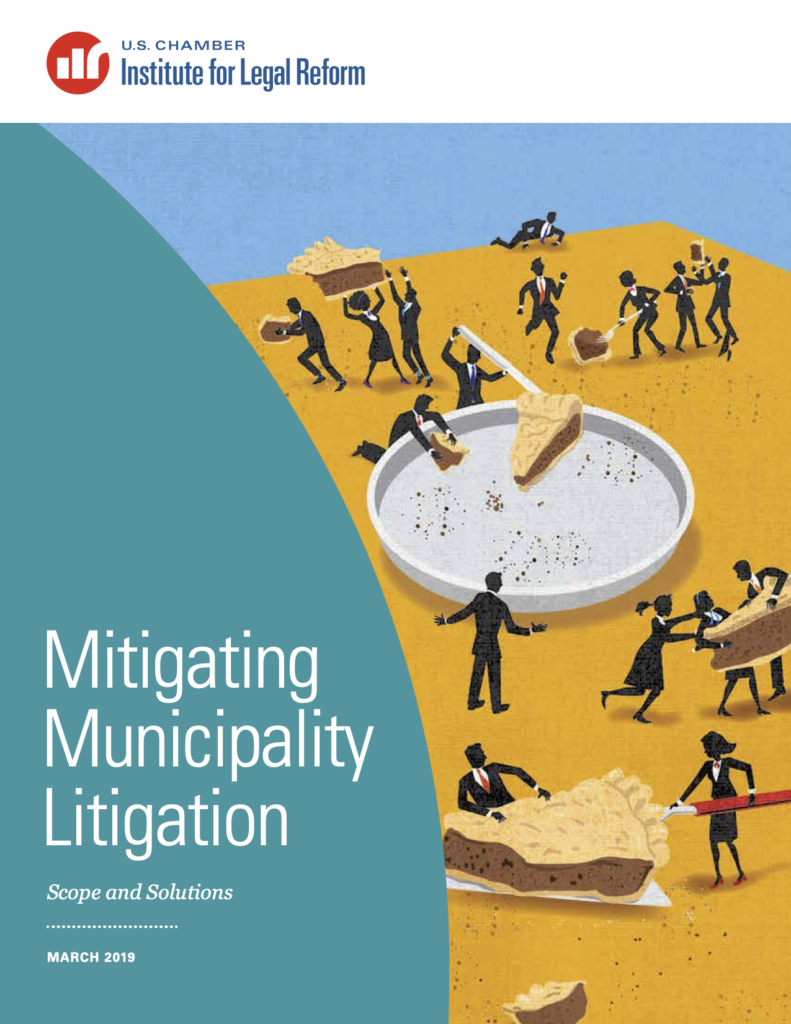