TCPA Litigation Sprawl: A Study of the Sources and Targets of Recent TCPA Lawsuits 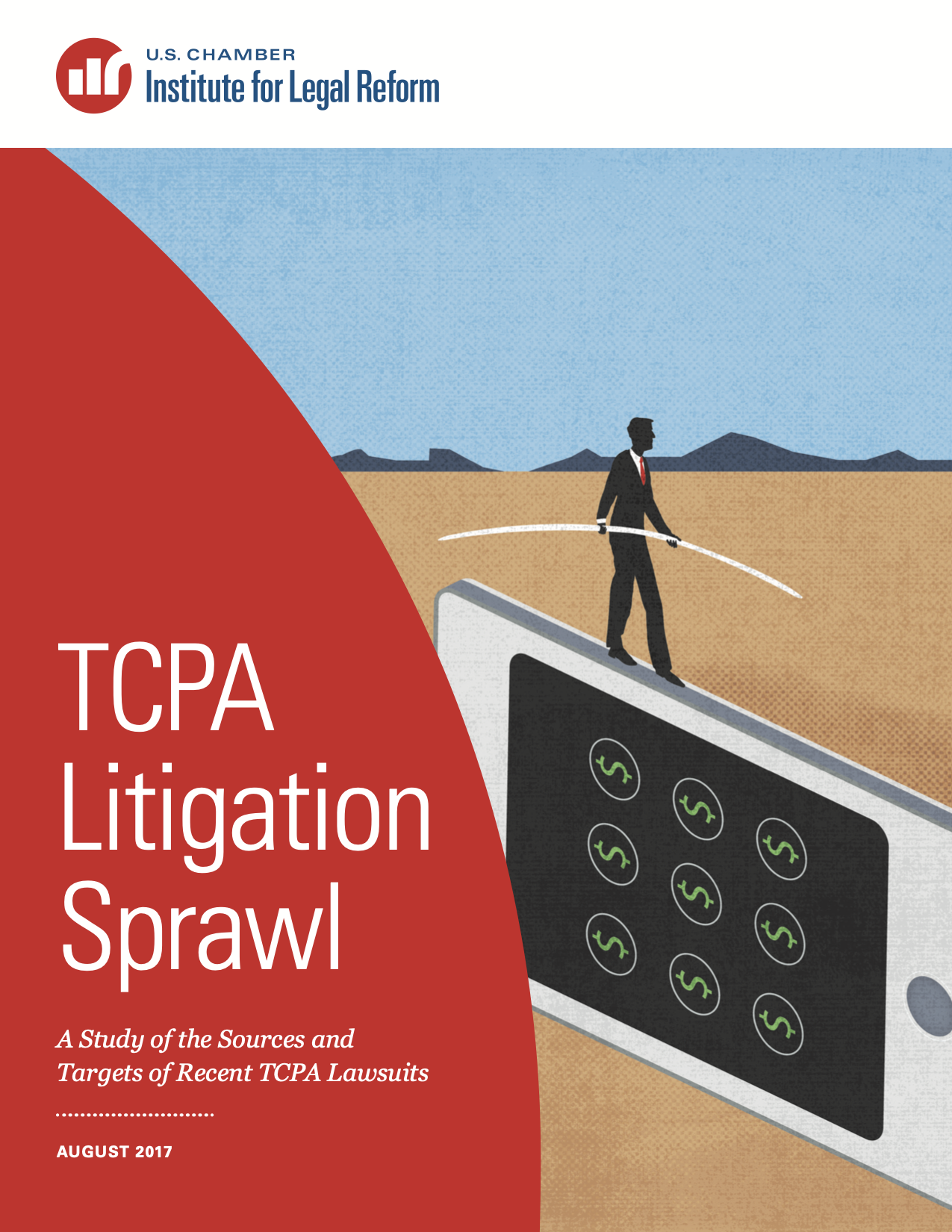 In 2013, the U.S. Chamber Institute for Legal Reform released a paper entitled “The Juggernaut of TCPA Litigation: The Problems with Uncapped Statutory Damages.” The paper warned American businesses about the increasing amount of litigation brought under the Telephone Consumer Protection Act (TCPA), it highlighted the emerging trends towards litigation abuse, and called for recommended reforms. Unfortunately, since that publication, the problems with TCPA litigation abuse have only worsened. In recent years, American businesses have been besieged by litigation under the TCPA. A central theme with the unchecked expansion of the TCPA’s prohibitions is that it is not the unscrupulous scam telemarketers that are being targeted by TCPA litigation, but rather legitimate domestic businesses.

Well-intentioned companies and small businesses have increasingly been pulled into lawsuits claiming staggering, and potentially annihilating, amounts of statutory damages tied to new technologies (such as text messaging) that did not exist when the TCPA was enacted in 1991. Further, businesses are facing confusing and conflicting case law on the TCPA. With so much litigation, decisions are constantly emerging from courts spanning the country that are trying to interpret the statute’s intent and meaning in the absence of any revisions from Congress in the last 26 years. Thousands of businesses facing TCPA lawsuits remain unclear as to what defenses might prevail and what conduct would even be found to be actionable under the TCPA. The only clarity to be found is in the certainty that federal court dockets are overburdened with TCPA litigation.

To examine trends and understand the sources and targets of TCPA litigation, this paper indexes 3,121 cases filed between August 1, 2015 and December 31, 2016, in which a TCPA claim was identified during the electronic docketing process. The data shows that these lawsuits rarely involve claims brought against spam telemarketers/texters or blast faxers that reach out to millions of unknown persons in an attempt to get someone to engage with them. Rather, the lawsuits examined here, for the most part, seek aggregated statutory damages from legitimate American companies not engaged in the kinds of cold-call telemarketing the TCPA was designed to limit. The research also confirms that after the FCC’s July 2015 Declaratory Ruling, TCPA litigation boomed. The same search of electronic dockets from the 17-month period prior to the FCC’s Ruling shows 2,127 cases, compared to the 3,121 cases in the 17-months after the Ruling. 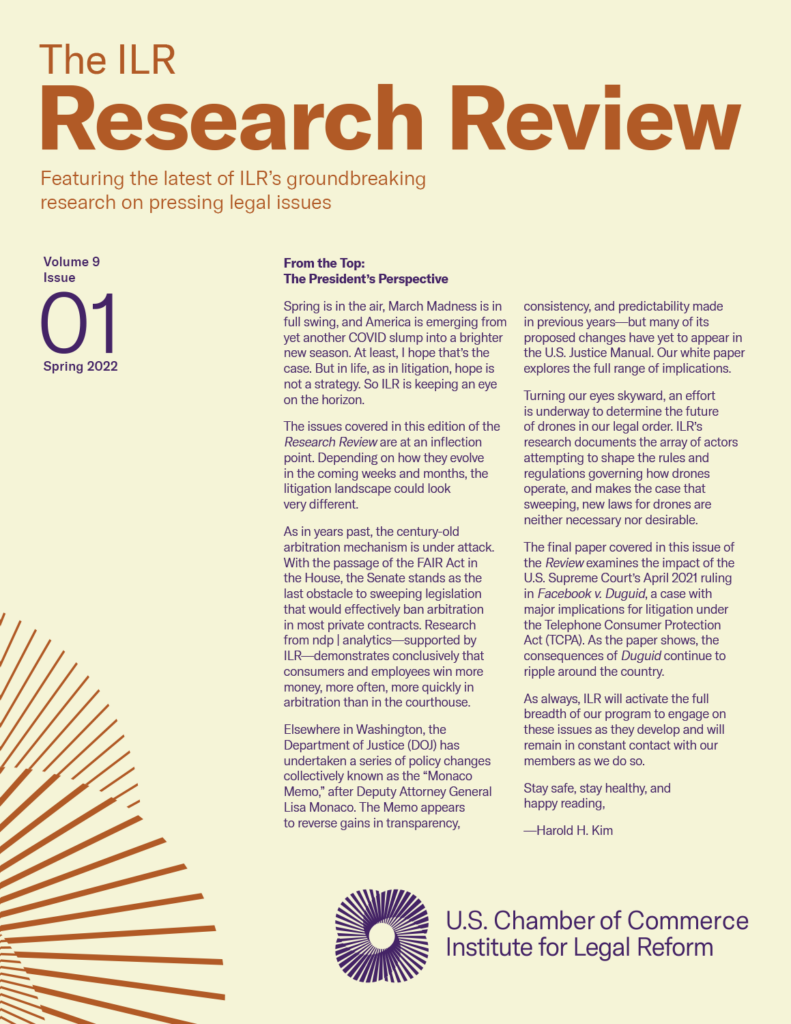 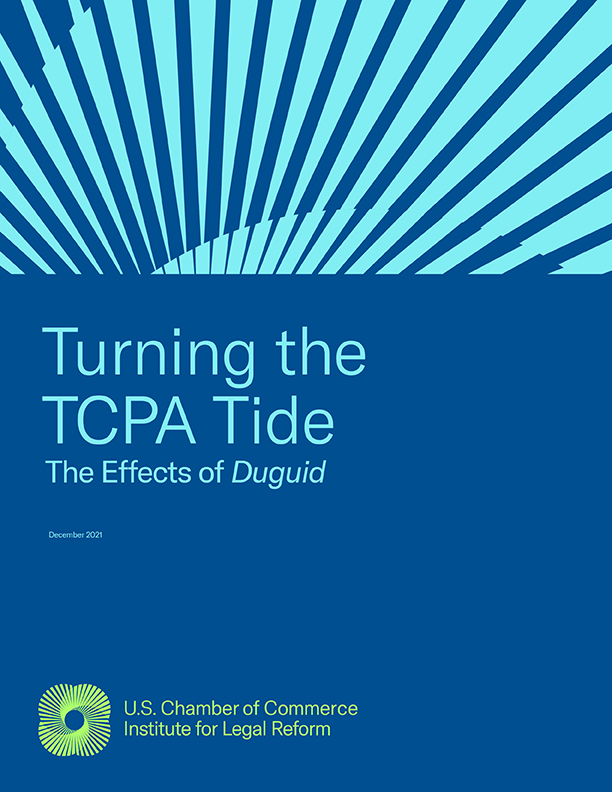