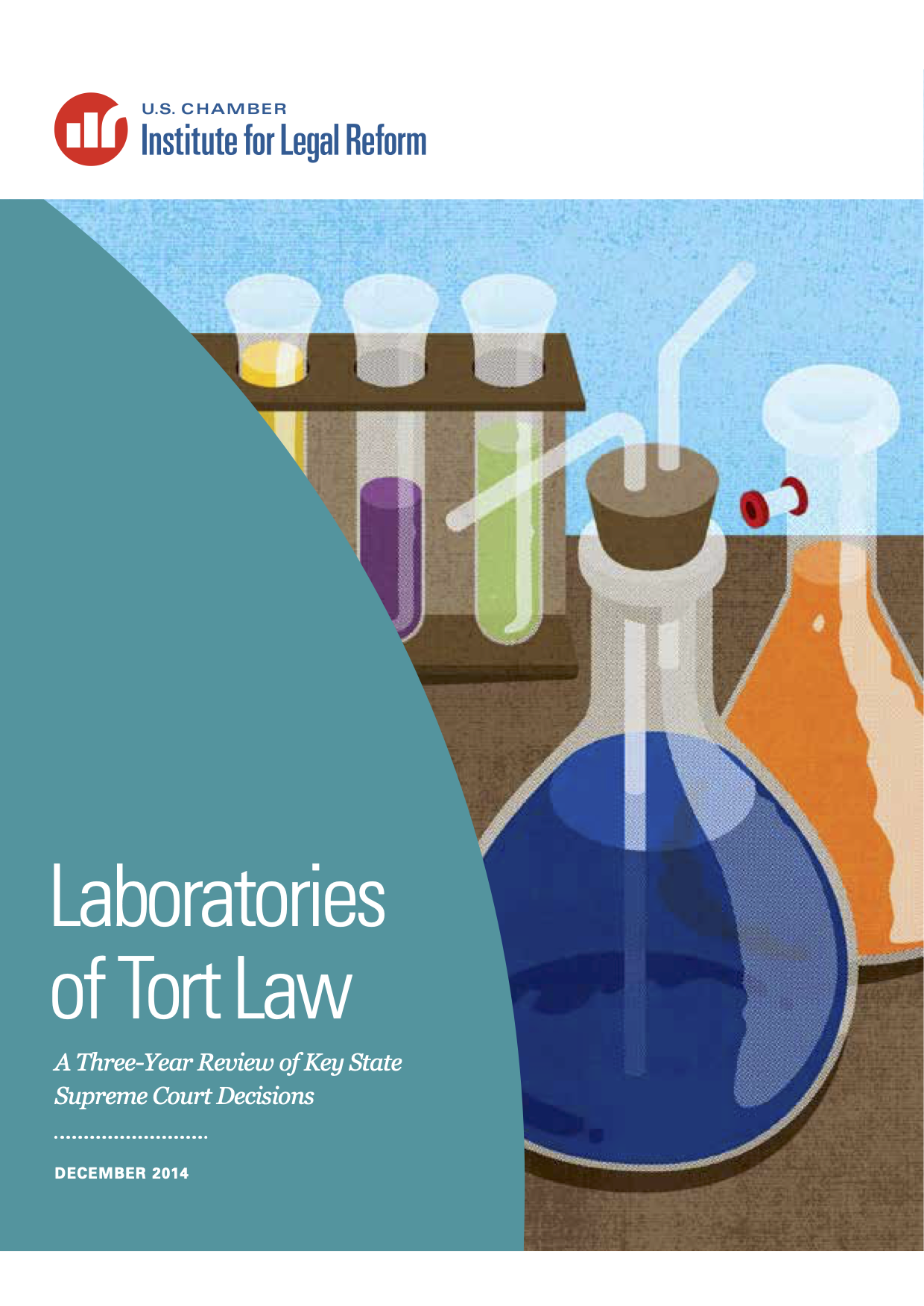 State supreme courts shape American tort law. They have the primary role in developing rules governing liability, causation, the scope of defenses, and calculation of damages. These case-by-case rulings not only impact the individuals before the court, they have a broader impact on the law, the economy, and the public.

Laboratories of Tort Law: A Three-Year Review of Key State Supreme Court Decisions finds that some courts adhere to traditional principles or carefully evolve the law to meet changing times, but other courts have experimented with unprecedented expansions of liability. Tort scholars Victor E. Schwartz and Cary Silverman from Shook Hardy & Bacon, L.L.P, explore recent key decisions in this research, highlighting stark contrasts in judicial philosophy between sister courts. The profiled rulings span a wide range of issues. Examples include:

State legislatures typically step in to set tort law rules only when court-made law becomes highly imbalanced. “Tort reform,” the authors find, is the exception, not the rule. State supreme courts often respect the policy choices of elected officials, but some have nullified rationally-based legislative judgments.

State supreme courts should develop tort law in a sound, reasonable, and predictable manner.  They can do so by adhering to precedent, maintaining objective rules, carefully considering the broader impact of proposed expansions of liability, and valuing the role of the legislature.

As the New York Court of Appeals recognized, “This Court undoubtedly has the authority to recognize a new tort cause of action, but that authority must be exercised responsibly, keeping in mind that a new cause of action will have both ‘foreseeable and unforeseeable consequences, most especially the potential for vast, uncircumscribed liability.’”