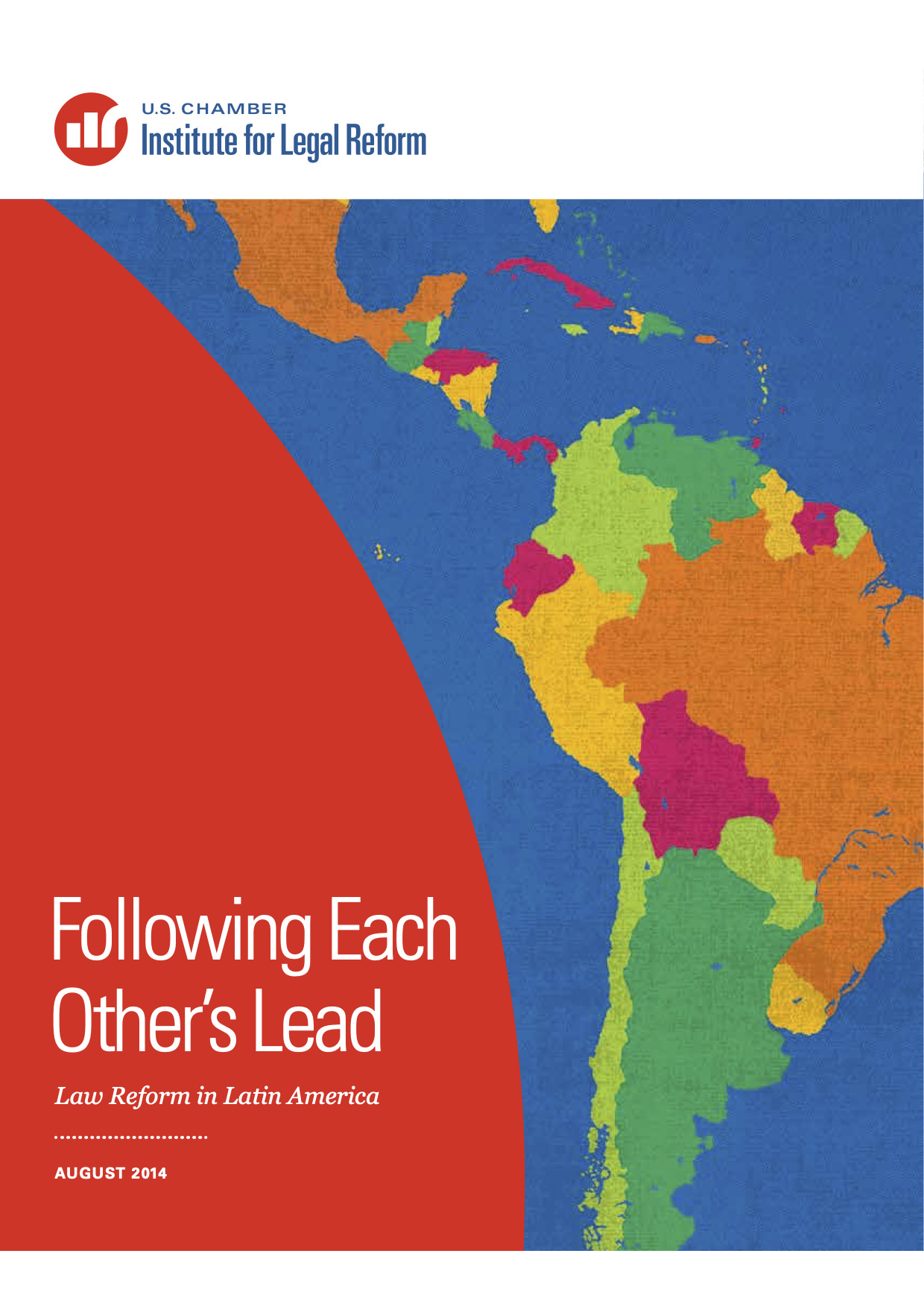 According to a new groundbreaking report, Following Each Other’s Lead: Law Reform in Latin America,  revisions to the law often follow regional trends in Latin America—when the law evolves in one country, similar changes will likely surface elsewhere in the region.

In Latin America, as in some other parts of the world, the case for change is often positioned as a need for “access to justice.” Legal scholarship in Latin America focuses on the need for consumers to have better access to the legal system.  Consumers are seen as disadvantaged compared to businesses or the government in legal matters. Legal doctrine often refers to the weaker party or the stronger party, and the need to take perceived advantages from the stronger party and give them to the weaker party.

Against this backdrop, class actions have become a reality in the region and the main topic of procedural law reforms. Many follow the Brazilian model, with no class definition and no class members present in the case. Class actions for damages also exist in Chile, Colombia and Mexico; de facto class actions exist in Argentina and Costa Rica. Legislation is pending in several countries either to create a class action regime or to modify the existing system.  Many of these proposals lack procedural protections for defendants.

Additional measures are being developed in Latin American countries that are intended to improve access to, or the efficiency of, the legal system that have no clear counterpart in U.S. law, such as special amparo constitutional actions created in Mexico. In Latin America, the amparo is used against government entities as an adjunct to civil litigation to obtain a decision supporting the claim, without litigating against the real target of the claim. For example, litigants might claim that issuance of a construction permit violated their right to a clean environment, and then use that finding in civil litigation against the entity constructing the plant.  All countries in the region have some form of amparo, but procedures and jurisdictional rules vary widely. In several jurisdictions, some form of amparo may be used against private parties.

Beyond that, entirely new codes of civil procedure are being enacted. Some new codes allow shifting the burden of proof away from the claimant. In Colombia, this can occur during the evidentiary stage, but other codes may allow shifting after all the evidence has been produced.

The substantive law is also advancing in ways that could affect manufacturers for years to come.  Brazil’s civil code imposes absolute liability for “risky activity.” And punitive damages are emerging in the civil law systems through newly enacted provisions (Argentina) or are currently under discussion (Brazil).

When the opportunity arises, the business sector should participate in legal reform discussions. The report concludes with some helpful suggestions, including: