Cy Pres: A Not So Charitable Contribution to Class Action Practice 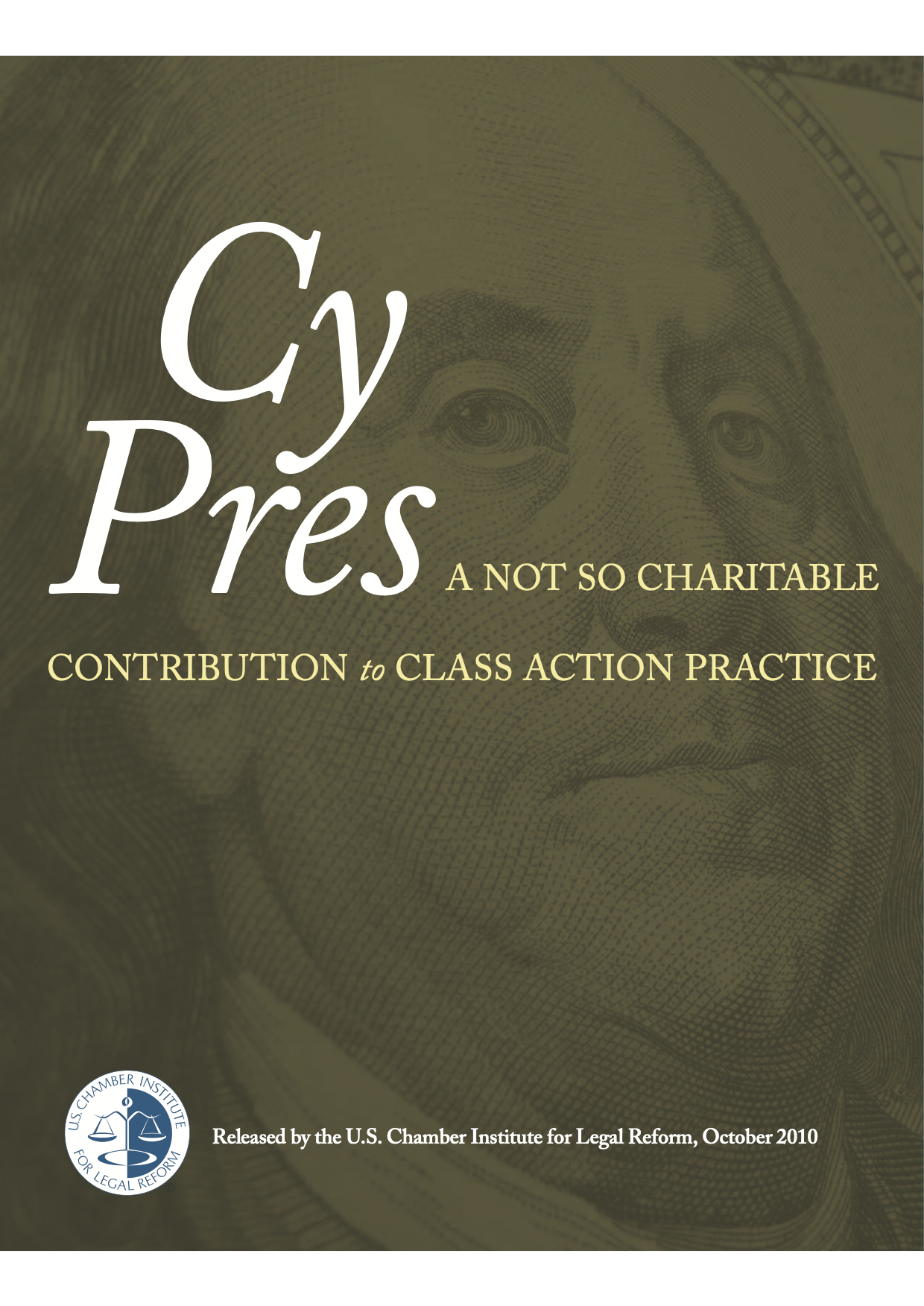 Cy pres awards in class actions engender a multitude of ethical and conflict of interest problems for judges, defendants, plaintiffs and absent class members. Use of the cy pres doctrine in litigation also raises questions about whether courts should be making charitable contribution designations.

As one court recently noted, “[W]hile courts and the parties may act with the best intentions, the specter of judges and outside entities dealing in the distribution and solicitation of large sums of money creates an appearance of impropriety.”1 For these and other reasons, cy pres awards have been described as “an invitation to wild corruption of the judicial process.”2 They can also undermine core constitutional principles of separation of powers and due process.

Nevertheless, the use of the archaic cy pres doctrine in the class action context is becoming increasingly more frequent, particularly in settlements. Plaintiffs’ attorneys are invoking this doctrine to distribute unclaimed class-wide awards and settlements to entities that often have only a tenuous relationship to the subject matter of the litigation. The result is that uninjured third parties are able to reap generous awards intended for purportedly injured class members. Because the chief aim of the cy pres doctrine is to “prevent the defendant from walking away from the litigation scot-free,” and because “[t]here is no indirect benefit to the class from the defendant’s giving the money to someone else,” Judge Richard Posner of the U.S. Court of Appeals for the Seventh Circuit has aptly noted that the use of cy pres in the litigation context is “purely punitive.”3

Part I of this Article provides a general background of the cy pres doctrine, with a primary emphasis on its historical roots in the trust and estate context. Part II recounts the expansion of the cy pres doctrine into the class action arena. Part III describes how cy pres has been used in class action settlements and points out some of the potential legal and ethical challenges that these settlements create. Part IV discusses the potential expansion of cy pres into the context of litigated class action cases, highlighting the serious legal consequences that would accompany such expansion. And Part V concludes that while cy pres has no place at all in class actions, it should — at the very least — be limited to settlements only, and subject to certain limitations. In addition, Part V concludes that if a settlement agreement includes a cy pres award, attorneys’ fees should be based solely on the benefits actually received by class members, and the recipient of the award should be selected by the parties — not the court.