A Roadmap for Reform: Lessons from Eight Years of the Class Action Reform Act 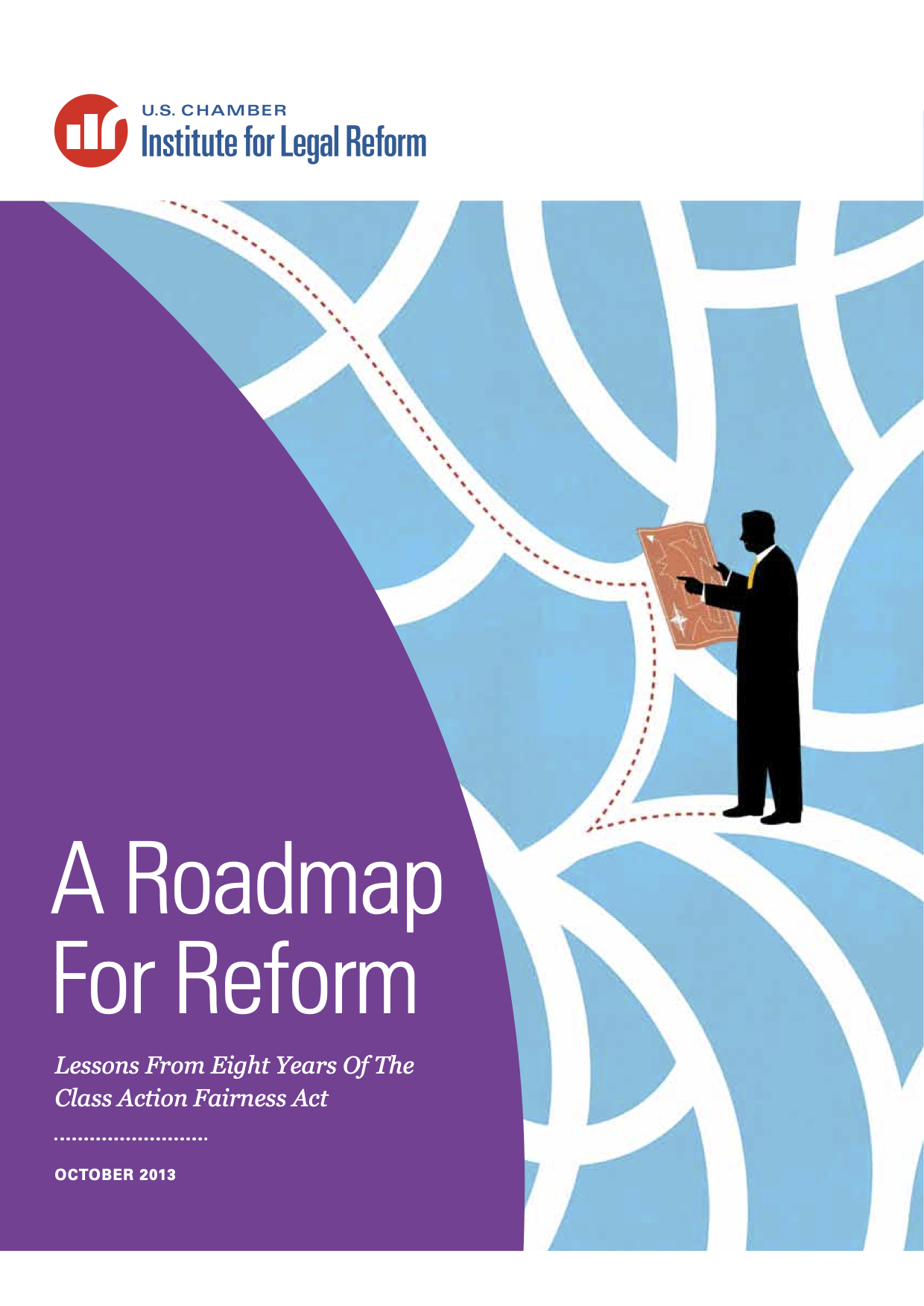 While the Class Action Fairness Act of 2005 (CAFA) was an important first step toward leveling the class action playing field for American businesses, additional reforms are needed to address the legal abuses that still affect large-scale and aggregate litigation, even post-CAFA. Class action lawsuits may provide a lot of “bang for the buck” for contingency fee lawyers, but still typically provide little or no benefit for consumers.

Under CAFA, a defendant can “remove” a class action originally filed in state court to federal court as long as it satisfies certain criteria, including a $5 million amount-in-controversy threshold. This key provision in CAFA has helped move numerous interstate class actions from “magnet” state court jurisdictions, which traditionally employ loose class certification standards, to federal courts. As a result, more and more class actions that were once trapped in state courts hostile to out-of-state defendants are now receiving the careful scrutiny they merit.

A Roadmap for Reform: Lessons from Eight Years of the Class Action Fairness Act provides concrete proposals to address the most widespread and disruptive abuses that still mar class action practice, including cy pres settlements (the practice of distributing class funds to third-party charities instead of delivering the money to aggrieved class members) and efforts to evade CAFA jurisdiction.  It also identifies several additional areas that warrant vigilance to ensure that they do not become festering problems in the future.

By reducing CAFA loopholes and enacting common-sense reforms, class action abuses can be curbed and CAFA can function as it was meant to function.