“The U.S. is increasingly becoming the jurisdiction of choice for opportunistic foreign plaintiffs looking to take advantage of our class action system and liberal discovery rules,” said U.S. Chamber President and CEO Thomas Donohue. “If this trend is not halted, a flood of litigation could be unleashed.”

The Coalition to Curb Global Forum Shopping – which was announced during a half-day summit with business leaders and legal scholars – includes companies that are concerned about the increase of foreign plaintiffs filing lawsuits in U.S. courts and its negative impacts on our judicial system and economy. The coalition will work to convince U.S. courts to show self-restraint in interpreting laws with cross-border issues and it will push for adoption of an international agreement on jurisdiction.

“There is no end to the court cases that could be launched and possibly interfere with international investment flows and international relations,” said ILR President Lisa Rickard. “Without restraint or reform of these practices, global investors will be discouraged from doing business with American firms or establishing a presence here in the United States.”

The mission of the Institute for Legal Reform is to make America’s legal system simpler, fairer and faster for everyone. It seeks to promote civil justice reform through legislative, political, judicial and educational activities at the national, state and local levels.

The U.S. Chamber of Commerce is the world’s largest business federation representing more than three million businesses and organizations of every size, sector and region. 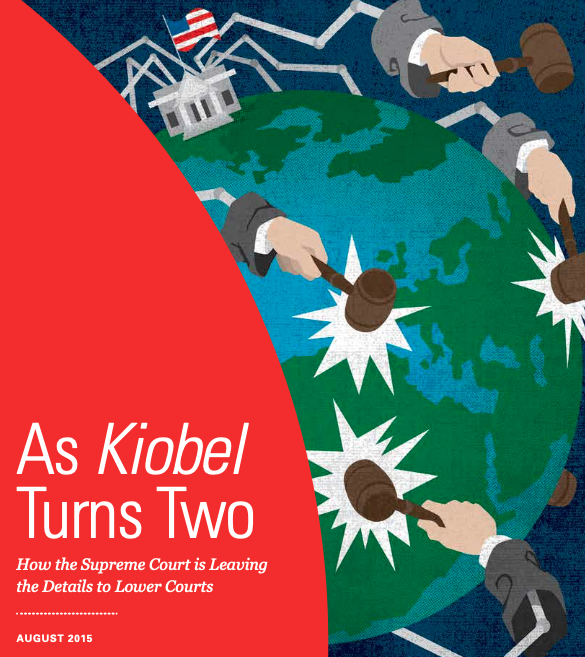 The Real and Ugly Facts of Litigation Funding