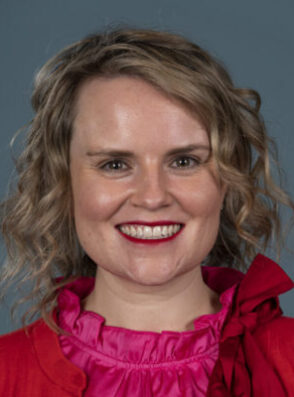 Shira Rawlinson is the vice president of communications at the U.S. Chamber Institute for Legal Reform (ILR). She manages ILR’s communications team, serves as its point of contact for reporters, and is the executive producer of its award-winning Faces of Lawsuit Abuse campaign and award-winning podcast Cause for Action. Rawlinson crafts and implements the communications strategies to support ILR’s research and advocacy to achieve a fair legal system that promotes economic growth and opportunity. She also guides ILR’s digital communications efforts to ensure that its messages reach broad audiences.

Before joining ILR, Rawlinson was assistant director of communications for nearly ten years at the Institute for Justice (IJ), one of the nation’s premier public interest law firms. There she led communication efforts for several of its initiatives, and her work appeared in outlets such as Good Morning America, CNN, The Wall Street Journal, NPR, and Food and Wine. In addition, Rawlinson served as editor-in-chief of Liberty & Law, IJ’s flagship bimonthly publication.

Rawlinson graduated from the University of California, Davis. She resides in Northern Virginia with her husband.