Frequent Filers: The Problems of Shareholder Lawsuits and the Path to Reform 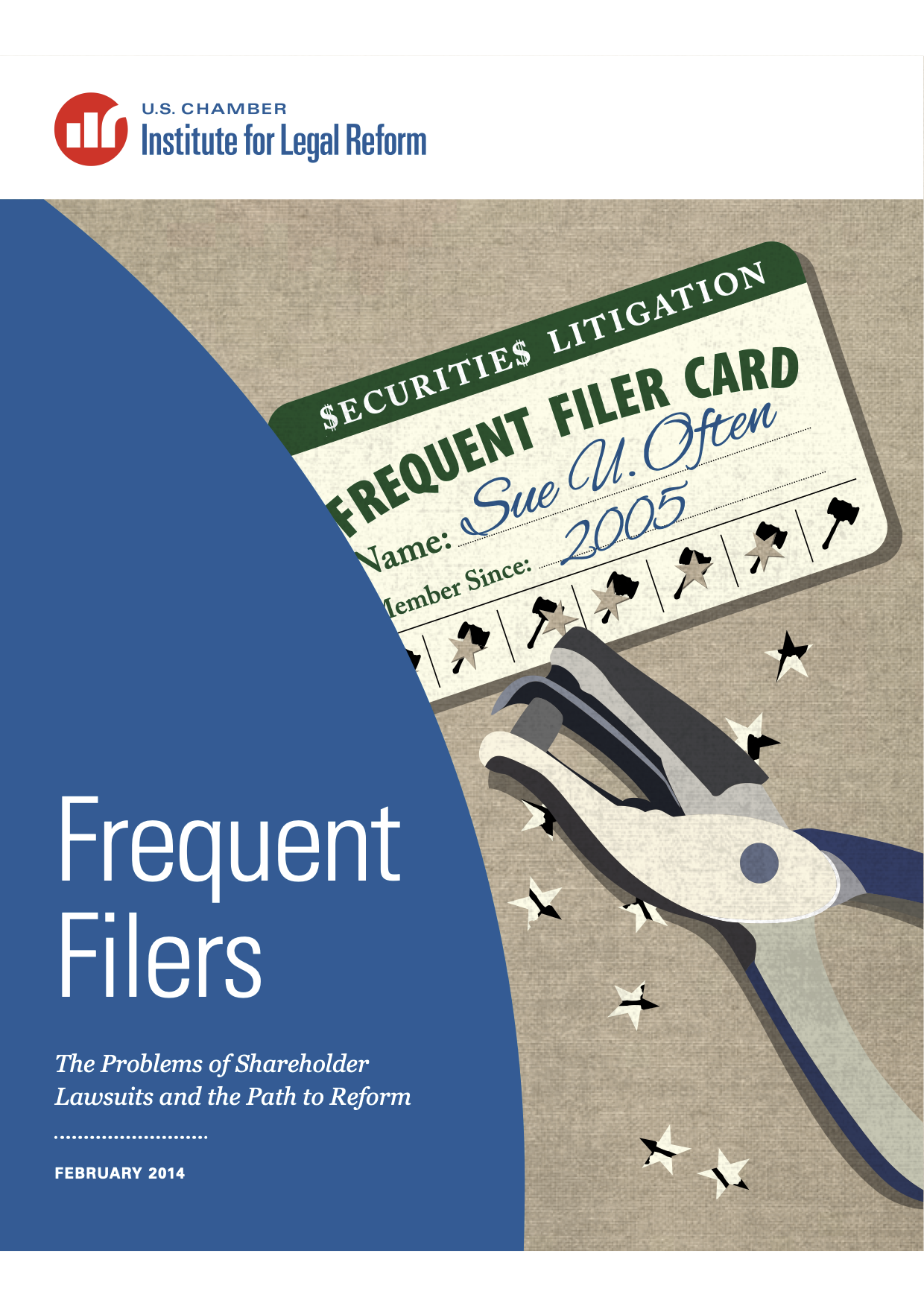 A recent report, Frequent Filers:  The Problems of Shareholder Lawsuits and the Path to Reform, examines the abuses associated with frequent filers in shareholder litigation.  The report looks at securities class actions filed by two states—Mississippi and Louisiana—and shows that the lawsuits by these states’ funds are fueled by campaign contributions made by class action attorneys to the politicians controlling the pension funds.  This pay-to-play culture gives those attorneys an advantage in being selected as counsel in the biggest and highest profile cases.

The report also analyzes frequent filing abuses in state courts.  Although pension and retirement funds now lead most federal securities class actions, individuals continue to dominate in shareholder lawsuits filed under state law, including merger and acquisition litigation and shareholder derivative suits.  Repeat plaintiffs flourish in these suits, because states typically do not limit the number of lawsuits individual plaintiffs are allowed to file.  As a result, plaintiffs’ lawyers can call upon the same individuals time and again as plaintiffs in their lawsuits.  Some individuals have filed 30, 40 or even 50 shareholder lawsuits.  Other plaintiffs’ lawyers have themselves served as repeat plaintiffs or named close family members as plaintiffs.

Frequent filers, whether induced to bring lawsuits through campaign contributions or other connections, may be less inclined to provide proper litigation oversight.  This lack of oversight hurts shareholders in two ways. First, class action attorneys often collect substantial contingency fees that come directly out of the recovery to shareholders.  If the named plaintiffs do not carefully oversee fees, the ultimate recovery to shareholders is reduced.  Second, without a strong shareholder advocate, class action attorneys are given free rein to bring extortionate suits which corporations feel compelled to settle for nuisance value.  The cost of these nuisance settlements, unfortunately, is ultimately borne by shareholders themselves with increased corporate expenses and reduced corporate profits.

First, possible conflicts of interest, such as family ties or business connections, between named plaintiffs and the class should be disclosed to the court when it selects a class representative.  In addition, politicians associated with named plaintiffs should be required to disclose campaign contributions from class counsel.  This ensures that the choice of counsel representing a public entity is not the result of improper influence, and that legal fees are appropriate and proportional to the effort expended.

Second, states should consider steps to ensure that plaintiffs in shareholder litigation have a substantial financial interest in the company being sued.  The report recommends a standing requirement that imposes a specified dollar value or percentage ownership before a shareholder is authorized to bring suit on behalf of fellow shareholders or the corporation.  Actions should only be brought by active plaintiffs—with a substantial interest in the corporation—who are willing and able to fulfill their obligations to the shareholders they purport to represent.

Third, the legal system needs to directly restrict the worst abuses associated with frequent filing.  States should ban bonus payments to lead plaintiffs, which encourage the filing of frivolous litigation.  Both Congress and the states need to do more to restrict the number of lawsuits that can be filed by repeat plaintiffs.  Federal legislation should eliminate the loophole that has allowed state pension funds to file more than five class action lawsuits in three years.  For state court actions, abuses will be curtailed if states adopt a limit similar to the one that applies in federal securities class actions (without the loophole).

The goal of the proposed reforms is for courts to appoint shareholder representatives as lead plaintiffs who are prepared to give the litigation their active and unconflicted attention.  The end result would be fewer frivolous lawsuit filings and greater recovery for shareholders in meritorious actions. 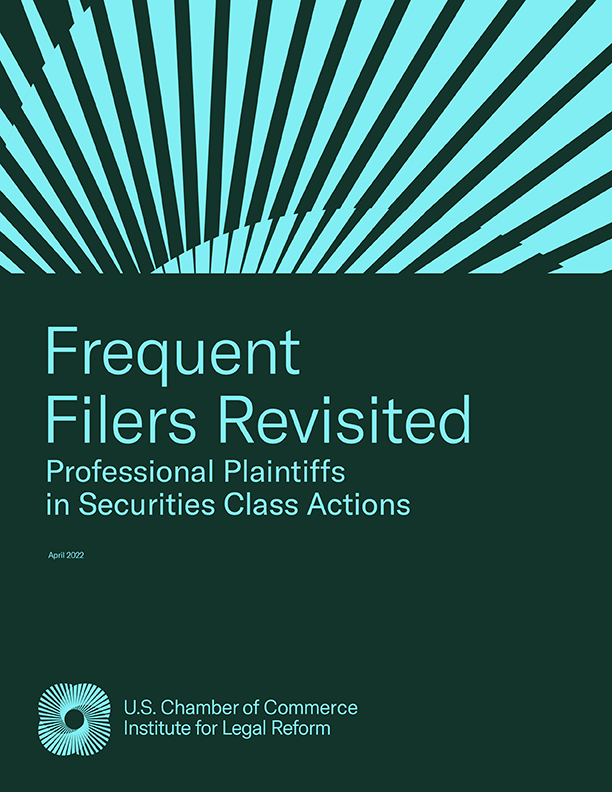