Asbestos litigation has existed for over four decades. For years, the litigation was focused on the major asbestos producers until those companies were overwhelmed with asbestos claims and forced into bankruptcy. In 1982, Johns Manville became the first asbestos producing company to file bankruptcy. A flood of claims over the next 20 years forced dozens of other companies to file Chapter 11 bankruptcies. The companies reorganized under a special asbestos provision of the Bankruptcy Code and are now exempt from asbestos personal injury lawsuits. Trusts approved by bankruptcy courts have been set up to pay people with asbestos-related injuries caused by exposure to their products. Today, billions of dollars are held in these privately managed trusts to pay asbestos claimants.

Despite the exit of the major asbestos producers from the tort system, asbestos litigation shows no signs of abating, and asbestos personal injury lawsuits continue to be filed by the thousands against still-solvent companies. The targets in the litigation today are often newer defendants or those remote from asbestos production, such as makers of pumps, valves, gaskets and automotive friction (brake) products.

Today, asbestos claimants have two separate avenues to obtain recoveries: (1) settlements or judgments in asbestos personal injury lawsuits against still-solvent companies; and (2) payments from asbestos trusts for exposures to the products of the historically most culpable companies. Claimants do not have to pick one or the other; they can obtain money from both systems for the exact same injury.

By manipulating the timing of when trust claims are filed—specifically, by delaying the filing of asbestos trust claims until after an asbestos personal injury case is settled or goes to verdict—plaintiffs can withhold information regarding alternative exposures from tort system defendants, potentially increasing the amount they receive in recovery from those defendants. These abuses were documented in a watershed opinion by a North Carolina federal bankruptcy judge in 2014 in a case called In re Garlock Sealing Technologies, LLC.

This study examines trust claiming activity in wrongful death cases in Newport News and was chosen because it is the epicenter of asbestos litigation in Virginia—home to seven of every ten asbestos cases filed in the Commonwealth—and it has the most robust data of any jurisdiction within Virginia. Wrongful death cases were chosen because payments from asbestos trusts, along with other settlements, are publicly available in such cases pursuant to Virginia statute. Though the findings comprise a portion of all asbestos cases filed in Newport News, they are believed to be representative of Newport News asbestos cases in general. It seems that Virginia has not escaped the systemic problems that were revealed in Garlock and other cases regarding asbestos trust claim manipulation and abuse. 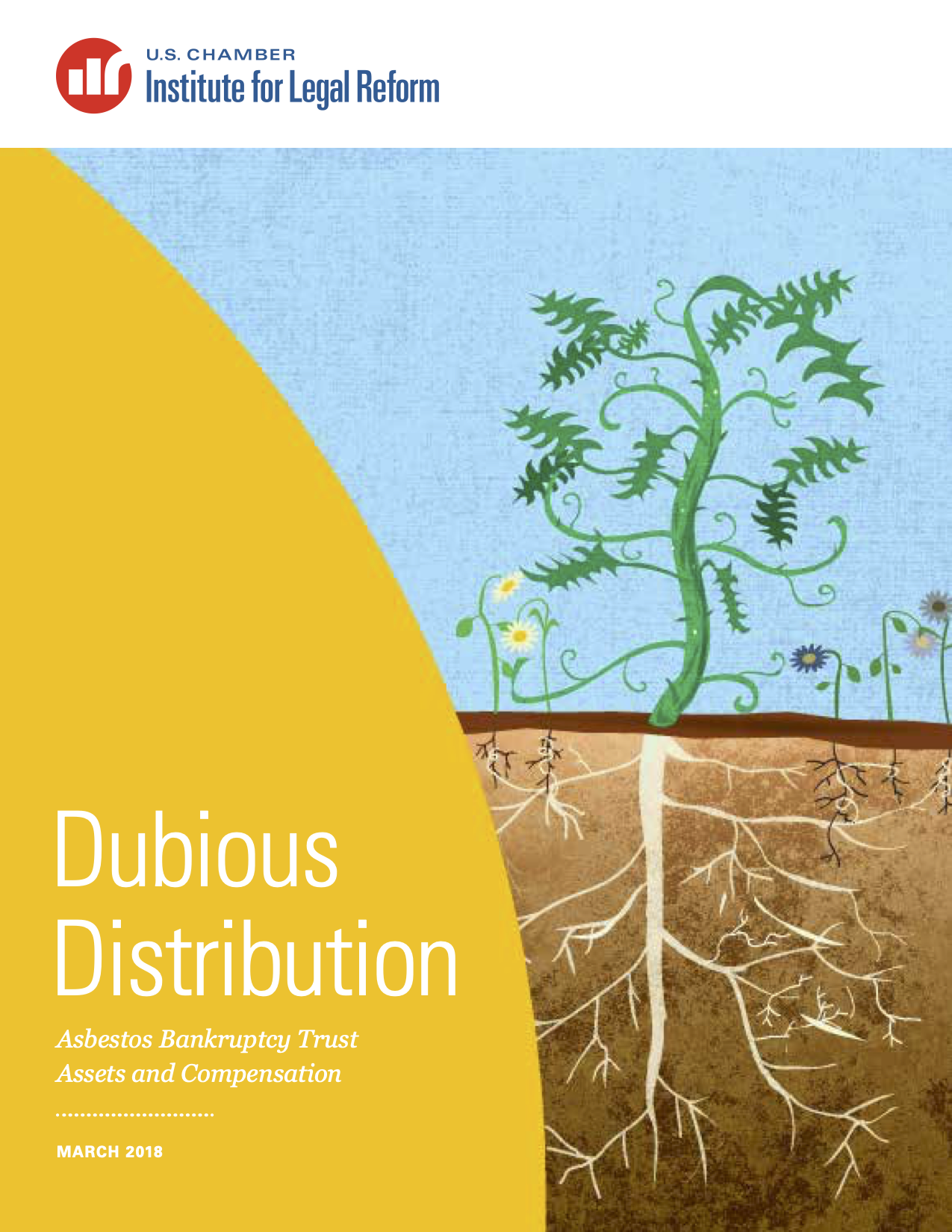