This post was originally published on D&O Diary and shared here with permission from the author.

In numerous prior posts, I have noted the problems and inefficiencies that the U.S. Supreme Court’s March 2018 Cyan decision have wrought, such as, for example, the possibility of multiplied parallel litigation (discussed here). There are a host of other issues as well, such as the absence in state court of procedural protections available in federal court; the prevalence in state court of weaker suits; and the pressure that multiple suits puts on defendants to settle, as discussed here. These and other concerns arising from Cyan have led the U.S. Chamber of Commerce’s Institute for Legal Reform (ILR) to issue a new paper entitled “Courting Confusion: Federal Securities Class Actions Don’t Belong in State Courts,” in which the ILR calls for Congress to “close the loophole” by requiring that all 1933 Act claims must be brought in federal court and authorizing the removal to federal court of ’33 Act liability actions filed in state court. The ILR’s August 30, 2021 press release, to which the paper is attached, can be found here.

The U.S. Supreme Court’s Cyan decision held that state courts retain concurrent jurisdiction for liability actions under the ’33 Act. There had been state court ’33 Act class action lawsuits prior to the Cyan decision, but there was an omnipresent question of whether the state courts actually retained jurisdiction to hear the cases after of the Securities Litigation Uniform Standards Act of 1998 (SLUSA) had been enacted to ensure that federal securities suits went forward in state courts. Cyan clarified that prospective ’33 Act claimants have the option of bringing their claims either in federal or in state court. Indeed, different claimants might bring their claims in different courts.

The paper opens with a review of academic research showing that following Cyan there was a “dramatic increase” in the number of state court ’33 Act class actions. The research also shows that “plaintiffs’ are taking full advantage” of the availability of the state court forum, especially in light of the fact, corroborated by research, that “state courts were significantly less likely than state courts to grant motions to dismiss.”  The bottom line, the paper’s authors note, it that “plaintiffs’ lawyers with weak claims have a better chance of success in state court – which is why an increasing number of claims are filed there.”

Duplicate federal and state litigation is also a problem; “approximately half of all 1933 Act class actions involve this duplicate litigation.” The presence of a state court action, and the consequent multiplication of costs, puts pressure on defendants to settle when there are parallel actions as the “costly parallel proceedings increase settlement pressure.”

In an effort to try to avert these issues, it was proposed that companies conducting public offerings could modify their corporate charters to specify that federal courts are the designated forum for ’33 Act liability action.  In a March 2020 ruling in the Sciabacucchi action (here), the Delaware Supreme Court upheld the facially validity of these federal forum provisions and several California courts have enforced these provisions. Unfortunately, at this point, the most that can be said is that the federal forum provisions likely will protect companies incorporated in Delaware and sued in California. The question of whether the federal forum provisions are valid under the laws of other states or will be enforced in courts other than California’s is at this point unknown. The ILR paper quotes academic studies as saying that the development and success to date of federal forum provisions “although a positive development, will not eliminate the inefficiency created by allowing state courts to hear 1933 Act cases.”

One of the big disputes associated with state court ’33 Act class action litigation – that is, whether the procedural protections available in federal court under the Private Securities Litigation Reform Act (PSLRA) are available in state court securities class actions – will be before the U.S. Supreme Court this upcoming term. As discussed here, in July 2021, the U.S. Supreme Court granted a petition for writ of certiorari to take up the question of whether the PSLRA’s stay of discovery while a dismissal motion is pending applies to ’33 Act liability actions in state court. The paper’s authors note that “if the Court rules that the protections apply – a big ‘if’ give the decision in Cyan – that may limit the attraction of state court.” However, if the Court holds that the protections do not apply “then state court will become an even more attractive forum, because plaintiffs’ lawyers will be able to avoid the law’s anti-abuse provisions.”

Given all of these concerns, the paper contends, “Congress should enact targeted statutory changes to ensure that 1933 Act claims are heard in federal court, as is true of all other securities problems.” There are two ways Congress can fix the problem. First, Congress can “simply close the Cyan loophole by requiring that all 1933 Act claims be brought in federal court.” Second, Congress could authorize the removal of 1933 Act class actions to federal court,” which would provide defendants with a tool to eliminate parallel cases in federal and state court, and to consolidate all related class actions into a single proceeding.”

The paper closes by noting that these proposed reforms “will not deprive any plaintiff of his or her day in court – or change the rules governing their claims.” The reforms would “simply eliminate the possibility of unfair forum shopping and will ensure that companies, and their shareholders, are not forced to bear the unjustified and unfair costs of defending against multiple lawsuits.” The reforms would “also safeguard limited judicial resources from duplicative litigation.”

From my perspective, there are no valid arguments against the reforms proposed. None. The continued presence of parallel state and federal ’33 Act liability actions is an abominable result contrary to what Congress intended when it enacted SLUSA in 1998. The whole point of SLUSA was to consolidate all federal securities class actions in federal court. The result in Cyan, which, despite SLUSA, confirmed the continued existence of concurrent state court jurisdiction for ’33 Act liability actions, was the result of poor statutory draftsmanship in connection with SLUSA; it was absolutely 100% not the result Congress intended. The inexcusable wastefulness and inefficiency that has resulted is indefensible; it benefits no one except a very small group of plaintiffs’ lawyers but imposes enormous costs on companies, shareholders, courts, and insurers.

This last point bears emphasis; company officials alarmed by the cost of their D&O insurance will want to do everything they can to support the ILR’s call for reforms, as there is no doubt that Cyan has contributed significantly to the current hard market for D&O insurance – particularly D&O insurance for IPO companies.

In a rational universe, the reforms proposed would be enacted with alacrity; indeed, some might argue that it is incumbent on Congress to clean up the mess created with the poor statutory draftsmanship associated with SLUSA. The reforms proposed are low-hanging fruit. Alas, we do not live in that hypothetical rational universe. Despite the obvious and irrefutable case for the reforms proposed in the ILR’s paper, it seems doubtful that the current divided and distracted Congress will take up the reforms. It can only be hoped that enough companies press the issue with their local Congresspersons that the reform movement might actually get some legs. 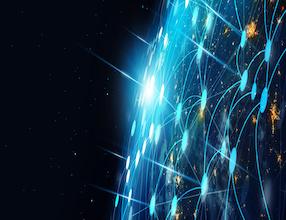