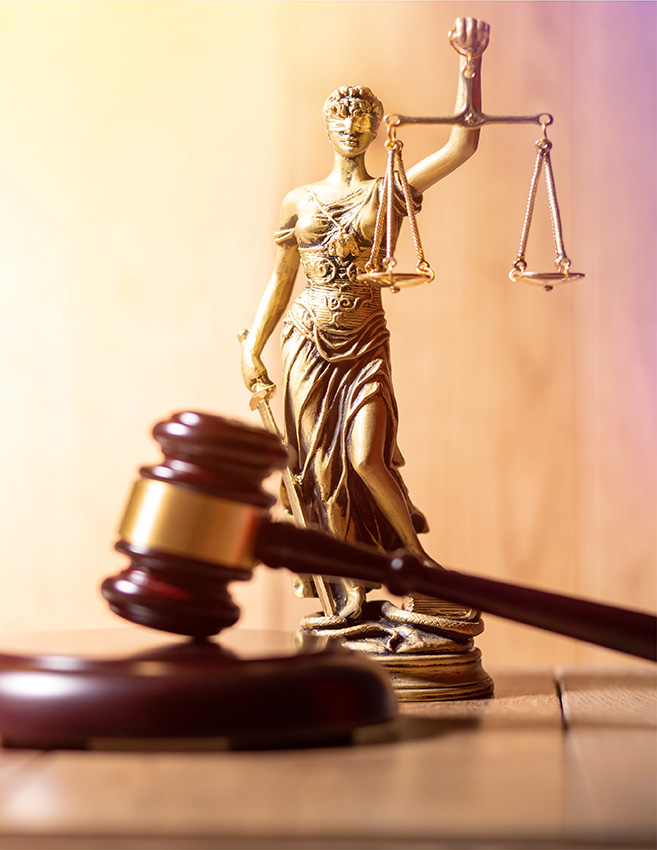 What is Civil Justice?

The civil justice system allows a person or entity (the plaintiff) to sue another person or entity (the defendant) over some form of harm or wrongdoing. If the court rules in favor of the plaintiff, they are typically awarded damages or a form of compensation from the defendant. Civil justice can encompass various legal disputes such as divorces, child support, class action lawsuits, employment rights, property claims, and personal injury, to name a few. The system is in place to help individuals hold others accountable for wrongdoing. However, civil cases do not involve prosecution or potential jail time, unlike criminal cases. For example, you may have recently followed the Johnny Depp v. Amber Heard defamation trial. This is an example of a civil dispute between two individuals. The plaintiff, Johnny Depp, alleged that the defendant, Amber Heard, defamed him-or damaged his reputation-after she published an op-ed in the Washington Post in 2018.

How is Criminal Justice Different From Civil Justice?

Most of us understand unlawful activities that fall under the criminal justice system, like drug-related crimes, armed robbery, shoplifting, and vandalism, but other types of crimes, like embezzlement, wire fraud, and healthcare fraud, can easily be confused with civil matters.

In the criminal justice system, there are laws and agencies set to hold criminals accountable for their actions and to grant justice to the victim of a crime. Instead of a plaintiff suing a defendant like in a civil case, in a criminal case, it is the state or federal government prosecuting a person or entity accused of committing a crime. The criminal justice system comprises law enforcement, the court system, and correctional agencies.

In criminal cases, the system ensures the offender has repaid their debt to society. A successful prosecution in a criminal case might result in fines paid to the government, probation, jail time, a criminal record, or other penalties. In civil cases, the outcome is likely awarded in some form of monetary compensation to the accusing party. You may have heard about Elizabeth Holmes, the former CEO of a now-defunct biotechnology health company, Theranos. In 2018, the U.S. government charged Theranos and Holmes with wire fraud and she was convicted in 2022. You may also recognize criminal cases portrayed in the long-running TV series Law and Order.

How Has the Civil Justice System Changed?

The civil justice litigation landscape has changed in recent years. The civil justice system was designed to address individualized disputes with fair and finite awards. Unfortunately, the system is now overrun with high payout class actions and mass torts largely controlled and initiated by plaintiffs’ firms. For the defendants, these lawsuits can take years to litigate and have no end in sight. This is because of the monumental damage awards and the expensive discovery process in civil litigation. Mass torts have gotten so big that they have a disproportionate impact on the overall legal system because they take up a disproportionate number of judicial resources and attention.

Asbestos-related litigation, for example, is one of the most pernicious types of mass tort lawsuits. Thousands of companies have been named as defendants in these types of civil justice cases, making this litigation the most expensive in U.S. history. However, asbestos mass torts are not just a problem for the defendants; the truly injured victims of asbestos-related diseases are lumped into these mass torts and must share settlements with other plaintiffs who have no evidence of illness. While victims’ settlements are diminished, their lawyers enjoy lucrative payouts.

Similar to asbestos-related litigation, pelvic mesh mass torts are also problematic. Patients who suffer from real pain deserve adequate compensation through a fair civil justice system. Unfortunately, these patients often see little of their settlement even though trial lawyers promise big pay days. According to a 2019 New York Times article, “A decade ago, doctors were quick to implant synthetic mesh to deal with health issues….but then women began complaining of complications like bleeding and searing pain. Lawyers aggressively advertised for women who had received mesh implants, and they signed up women by the thousands to file claims against the device manufacturers.”

Even more surprising, lawyers and other groups looking to make money have lured pelvic mesh patients into often unnecessary surgery. A 2018 article in the New York Times explains, “a growing industry that makes money by coaxing women into having surgery — sometimes unnecessarily — so that they are more lucrative plaintiffs in lawsuits against medical device manufacturers. Lawyers building such cases sometimes turn to marketing firms to drum up clients. The marketers turn to finance companies to provide high-interest loans to the clients that have to be repaid only if the clients receive money from the case. Those loans are then used to pay for surgery performed by doctors who are often lined up by the marketers.”

So, what was the result? Massive litigation where the average settlement was $60,000 and that is before the lawyers take their hefty fees away from the deserving victims.

Trial lawyer advertising is another factor changing the litigation landscape. According to an ILR research report titled, Gaming the System, “plaintiffs’ lawyers, companies that specialize in advertising and gathering claims (known as “lead generators”), and third parties that finance the litigation spend about $1 billion on television advertising each year to seek plaintiffs for mass tort litigation.”

Trial lawyer ads often ask if you have been injured or tout grand claims of cases that resulted in millions or even billions of dollars in awards to victims. The ads, which are designed to grab your attention and generate new business, are far from the full story. The truth about trial lawyer advertisements is that they often give a false impression. Trial lawyers might win high awards in some cases, but that does not mean the victim receives all of that money.

Why is a Fair Civil Justice System Important?

While the profiteers are motivated by the huge profits, it’s the victims that are paying. Some victims suffer complications from unnecessary surgery, some see their potential awards reduced because non-injured plaintiffs deplete finite resources intended to compensate the truly injured, others suffer from depression. A civil justice system is important and should benefit the public when harm has been done. It should not just benefit plaintiffs’ lawyers and their allies who use these cases as a money-making scheme.