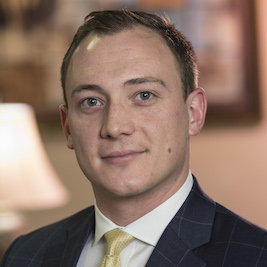 Before joining ILR, Gibboni helped coordinate and implement judicial and state attorney general education programs at the Law & Economics Center. He also served as a clerk to U.S. Sen. Pat Toomey (R-PA) and as a legal extern with the U.S. Department of Justice’s Criminal Division, Fraud Section.

Gibboni is a graduate of the University of Alabama and the Antonin Scalia Law School at George Mason University. He was an active competitor in his law school’s Trial Advocacy Association, as well as the 2014 Scalia Law Trial Advocacy Intramural winner and recipient of the Curran and Whittington Scholarship in Trial Advocacy. He is a member of the State Bar of California.