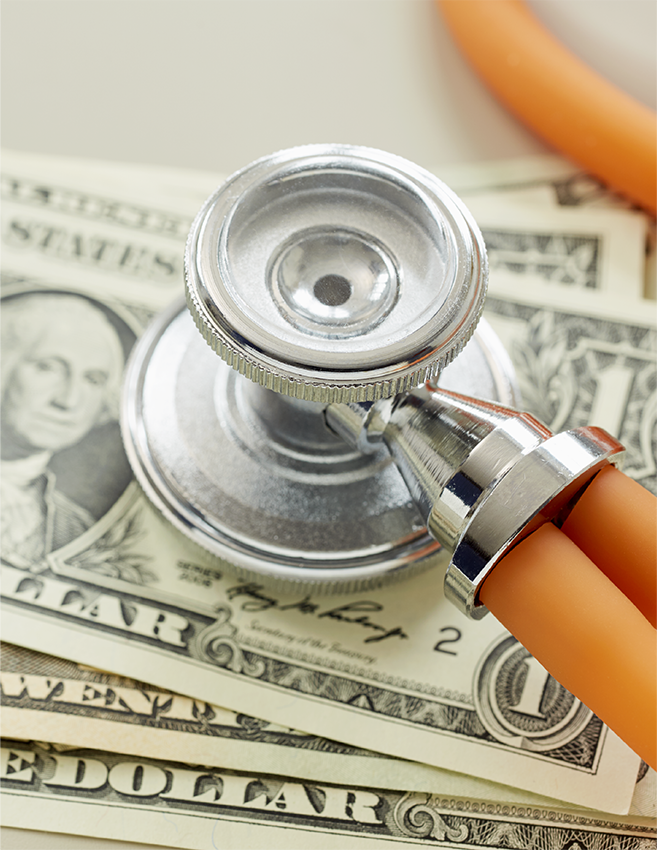 Health care is a hard problem. No matter what your politics, it’s an undeniable fact that American families pay a lot for health care, and efforts to reduce costs are often complicated by trade-offs that are unacceptable for many people. So when an opportunity comes along to quickly bring those costs down without sacrificing innovation or quality of care, policy makers should sit up and take notice. Thankfully, as new ILR research shows, Congress has just such an opportunity.

The federal False Claims Act (FCA) is the government’s primary weapon against fraud, but it’s being wielded in a highly disproportionate way against health care providers. Health care costs made up about 24 percent of federal spending in 2021, but nearly 90 percent of dollars recovered under the FCA were generated by FCA lawsuits targeting the health care industry. Overzealous FCA enforcement, an $11,803 minimum penalty per violation, and an option for private plaintiffs to bring FCA lawsuits are all combining to add a huge cost burden to the American health care system, at a time when families are struggling with historic inflation and shortages. That combination can also pose a devastating litigation risk to rural physician practices, nonprofit hospitals, and other providers that may not have sufficient compliance staff to avoid lawsuits or the funds to defend against them. However, straightforward legislative changes can fix this FCA problem and reduce the excess cost pressure in the system.

ILR Briefly: Fixing the FCA Health Care Problem unveils the data behind the disproportionate targeting of the health care industry by enforcement officials and private plaintiffs under the FCA. Jaw-dropping prices for major surgeries and rare drugs may get all the headlines, but most individual bills in the health care system are relatively small – a few dollars for a common prescription, $40 for a lab test, $120 for an office visit, etc. However, if a health care provider is found liable for a violation of the FCA (say by incorrectly filling out a box on a claim form), they will be on the hook for triple damages plus a mandatory per-violation penalty ranging from $11,803 to $23,607. And those penalties add up fast.

Here’s a real-world example from the paper. In a 2021 ruling in U.S. ex rel. Yates v. Pinellas Hematology & Oncology, a jury found the medical facility liable for 214 violations of the FCA linked to a repeated error in paperwork they filed for Medicare reimbursement over a period of several months. Altogether, the jury found that this resulted in less than $4 in actual damages to the government for each error, for total damages of $755.54. But under the FCA, the court was obliged to tack on $1,177,000 in mandatory civil penalties, or $5,500 for each violation (the mandatory per-claim minimum at the time the errors took place). Multiply the profound level of liability risk this represents across every federally-reimbursed medical service and every medical care provider in the country … and it’s not a pretty picture.

But let’s back up for a moment – how did we get here? Overzealous government enforcement is a big piece of the puzzle, but the FCA also contains a “qui tam” provision, which allows private citizens (known as qui tam relators) to file FCA lawsuits on behalf of the government for alleged violations of the statute, in return for a significant percentage of any recoveries. Unlike the government, these relators usually don’t have public policy aims at heart—they often act as bounty hunters, out to make a profit wherever they can. And in their eyes, the combination of mandatory per-violation FCA penalties and the health care industry’s bevy of individual claims on government funding offer an attractive opportunity. The Yates example cited above was a qui tam lawsuit.

Qui tam relators are a huge driver of the imbalance between the amount government actually spends on health care and the intensive targeting of the industry under the FCA. In fact, in every year since 1998, relators have filed more FCA lawsuits against the health care industry than the government has. According to ILR’s paper, penalties resulting from these suits can “have devastating effects” on nonprofit health care providers, especially when those providers are small rural hospitals without sufficient staff trained in compliance. As ILR’s paper says, Medicare and Medicaid rules “are notoriously complex, and if a hospital makes even one small error consistently, the hospital can easily incur millions of dollars’ worth of mandatory penalties.” The net result is that small health care providers are disproportionately vulnerable to existentially damaging fees, with qui tam relators and their lawyers standing to benefit.

But it doesn’t have to be this way. As spelled out in detail in ILR’s research, Congress should amend the FCA to right-size the mandatory penalty provision, so that violations resulting in less than $5,000 in damages are punished with a civil penalty no larger than the actual damage amount. The FCA violator would still pay triple damages, but the additional civil penalty would no longer be totally disproportionate to the harm created by a small-dollar violation. In other words, an FCA violator who created $100 in damages would pay at most $400 to the government (the amount of the damage itself plus triple damages), rather than the minimum $12,103 they would pay under the current system (triple damages plus the $11,803 mandatory minimum penalty).

Making this change would empower the FCA to perform its legitimate anti-fraud function while ensuring the mandatory penalties aren’t out of balance with the policy outcomes the FCA is meant to achieve.

Fraud against the government wastes money and raises costs for everyone—but so do outsized penalties against overburdened service providers. Congress should apply the suggested reforms and reduce this massive cost multiplier on the American health care system.